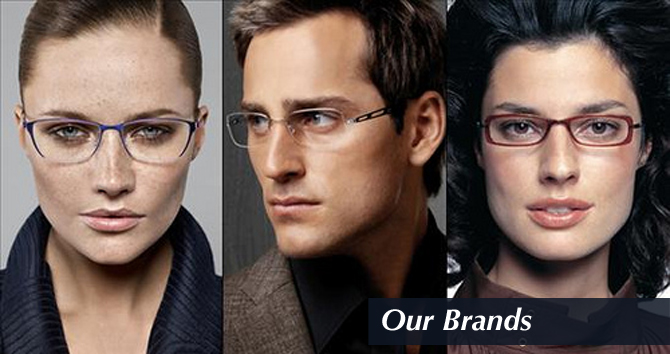 Welcome to our extensive range of designer frames. We offer our customers a large selection of branded designer glasses and sunglasses at affordable prices.

An authentic sports lifestyle brand, awarded more than 757 patents and 1100 trademarks. Oakley is a global icon and known across the world thanks to their innovative and uplifting frame designs and shapes.

Founded by Mario Prada in 1913, Italian high fashion brand Prada began as specialists in holdall and luggage designs, eventually becoming a global name in the luxury stakes by the late 70s when Mario's granddaughter took over and developed the business.

riginally made for the American military, Ray-Ban glasses were first introduced in 1937 and have defined timeless style with their iconic designs, such as the Aviator, Wayfarer and Clubmaster sunglasses.They have moved into ophthalmic eyewear where they range from the fun and wacky styles to the mellow retro looks allowing people from all backgrounds to fit into the rayban category

Dolce & Gabbana is the new luxury, authentic and unconventional. A style that expresses new forms of elegance, presenting itself as a modern classicism, based on superior sartorial content and creativity.
The strong identity of the Dolce&Gabbana brand has evolved over the years without ever forgetting its roots. An unmistakable style, which, season after season, combines strong innovation with the Mediterranean flavour of its origins. A brand whose essence lies in its contrasting features.